On our first trip to Italy, we struck up a conversation with a guest in the lobby of our hotel in Perugia.  He was so excited about Sicily, we decided to go. We immediately went to a travel agency and purchased tickets for the ferry from Naples to Palermo. The next day we drove south from Perugia, following the Tirennia Ferry signs as we got closer and closer to Naples.  All of a sudden no more signs!  Winging it, I kept driving south, making sure I kept the water in view.  I figured eventually we would reach the ferry. We arrived at the dock a little late, after 9:30 p.m. -- the time of departure.  What a feeling of disappointment as we saw the ferry slowly leaving the port. There was a dock worker on the pier with a big megaphone shouting directions to the boat. We appealed to him. "We drove all this way from Perugia and our two young children are tired, can you please stop the ferry?" And, guess what? He did! He shouted to the ferry captain who slowly backed the ferry up to the pier and we drove onto the boat.

Sicily is very beautiful.  Its appeal is not in most of its cities but in the spectacular scenery -- beautiful colors -- golden fields of hay, gray outcroppings of rocks, full, green trees -- very open -- a real change from the Medieval, Romanesque, and Renaissance towns with their narrow, windy streets and perfectly proportioned buildings and ornate churches. Sicily is known for its Greek temples and Greek ruins.

About 750 BC, the Greeks began to dominate Sicily.  They established many important settlements.  We are fortunate that the Greek temples were so well built that they are still magnificent and inspire great awe today. 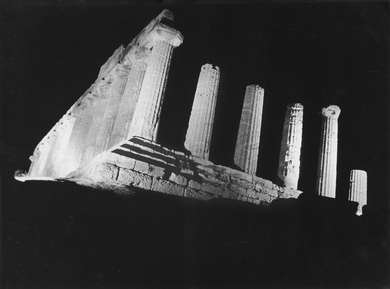 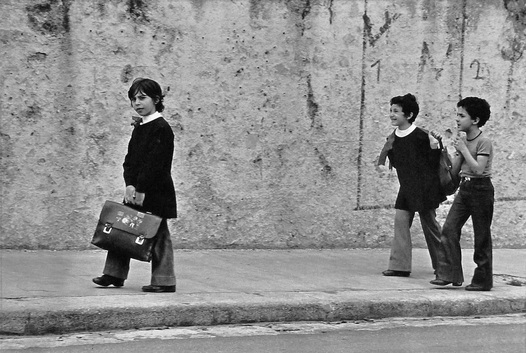