On our first trip to Italy was in May. It rained every day except when we went to Sicily.  We saw lots of farmers using carts and oxen. We saw very little big farm equipment.  We commented on how wonderful it was -- at least from a visual point of view -- that Italy had not reached the mechanization of more modern countries. The next year we visited Italy in June and realized the quaintness we had observed the year before was only because May was the rainy season and tractors and reapers would have a hard time driving through the mud.  In June, we saw lots of modern, up-to-date farms and farming equipment.

These photos depict a simpler farming life -- the individuals that collect sticks and carry them on their shoulders, the haystacks that are cropped daily as fodder for the farm animals.  The woman in the scarf gave us an egg as a memento of our conversation with her. What do you do with an egg when you are driving from town to town and staying at hotels? When we stopped at a gas station a short time later, I gave the attendant the egg.  He thanked me and never questioned why I had an egg or where I had obtained it.
Click on a photo to enlarge it. 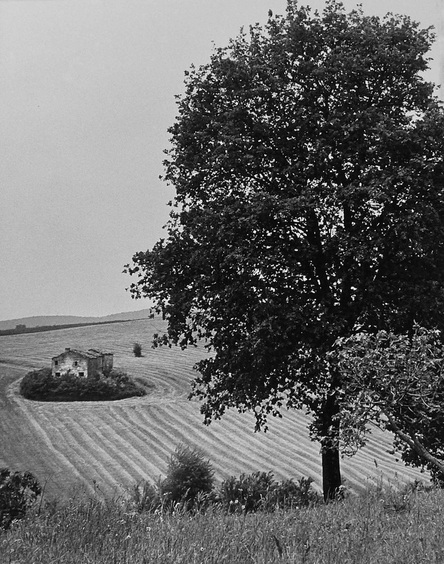 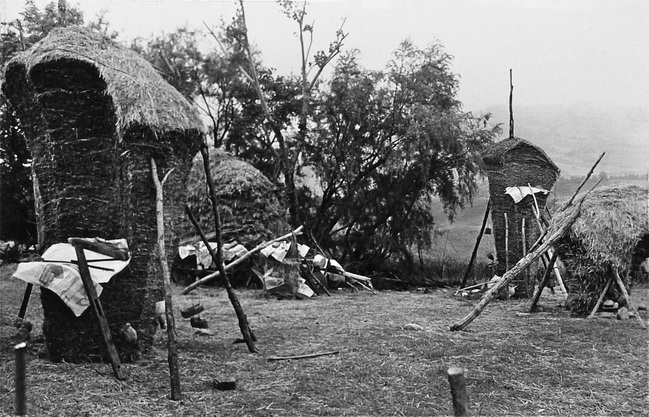