IN THE DRIVER'S SEAT﻿

In the Driver's Seat (Thomas Y. Crowell, New York, 1982).  I assumed all kids would be as interested as I in how to drive various vehicles.  How many kids sit in the driver's seat of their parents' car and pretend they are driving? But, how much more fun to be driving tanks and trains or a Concorde jet?  Doing the book also allowed me to get inside these vehicles and see how they worked myself. Fun!  The arrangements for a photo shoot were generally pretty easy.  The front-end loader was operating in a demolition site near my office.  I just asked permission of the driver. The rest of the vehicles involved calling institutions (the Army for the M60 tank, FAA (Federal Aviation Administration) and British Airways for the Concorde Jet, Interstate Commerce Commission to find an 18-wheel truck driver, Amtrak for the train) to set up an appointment to shoot. The actual shooting was not always so easy. We tried to involve the reader by starting the chapter with "You are the driver of the ... "  and continued the chapter as if the child were driving or flying or operating the vehicle. The photos in the slide show below are the illustrations from the book.
For the full book with text, check your local library or amazon.com.

See the back stories of the Concorde Jet, 18-wheel truck, Train, and  beneath the slide show.

Click on the arrow at the top right of the photo to go to the next photo in the slide show of the book below.

The following stories relate to how I captured some of the photos in In the Driver's Seat. 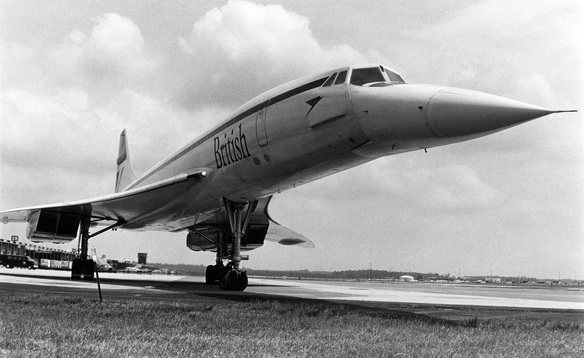 I chose the Concorde because it was a new and very special jet -- an SST -- supersonic transport.  This was the hardest of all the vehicles for me to photograph.  But with the patience and willingness of both the FAA and British Airways, I eventually got the photos I needed for the book.  The easy part was photographing the cockpit and all the myriad controls. The hard part was photographing the take-off. I wanted a sequence showing the plane coming down the runway and then taking off.   ﻿

The FAA and Dulles Airport supplied me with a van and a driver to take me on the grass at about the point the Concorde would actually take off. My first attempt was a disaster.  There were strict rules about how close I could get to the runway. Once I was out of the car and ready to film it, my driver radioed the tower and they radioed the Concorde pilot. The plane looked quite small from my position down the runway so I put a telephoto lens on my camera.  The plane came racing down the runway and it began to take off right in front me.  Sure enough I got the plane taking off as it passed me but it was much larger than I had expected and so I only captured about the middle one third of the plane as it left the ground.  Obviously I needed to plan better.

The next day, much humbled, I called the FAA and set up another shoot.  This time, I took time to figure out which lens I should use in order to film the whole plane as it roared past me and took off. I did this by standing at the distance I would be from the plane while it was parked at the gate.  I was ready for another shot at the plane taking off.  The plane took off. Success!  Or so I thought.  There was one gigantic flaw in the sequence.  I was on the wrong side of the runway and the plane was taking off from right to left. This would be fine had our book been in Hebrew, but in American books, the action in a series of pictures should be from left to right. I couldn’t reverse the pictures in the darkroom without making the sign British on the plane backwards.  Back to the field!

So, again I called the FAA to take me out one last time.  This time I got the sequence but it wasn’t so easy either.  The plane was way down on the runway ready to take off.  I was all set to take the photos as the plane passed me when the tower radioed my driver. The plane was taking the other runway because the wind was changing direction and the plane must take-off into the wind to get more lift.  For the Concorde, it was no problem. It could pivot from one runway to another depending on changes in the wind direction.  But for me to get to the other runway meant the FAA van had to race across about a mile or so of rugged unkempt grass and ruts. As soon as we had reached our new position, the tower radioed again and back we went.  Because the Concorde had only enough fuel capacity to reach London and little extra for idling on the runway, our time was running out.  Just before the FAA said this was the last chance I would have, the plane came roaring down the runway and I got the pictures you see.

The pilot gave us the flying manual so Nancy could simplify it into a form children would understand and enjoy. We gave the finished manuscript to the British Airways pilot who read it on a flight to England.  His only correction was that Nancy had misspelled tires. It should have been spelled "tyres"!

In order to get photos of the 18-wheel truck, I rode with Sam the truck driver from Maryland to Tennessee and back.  I had never been in a truck this large much less slept in one.  I was excited, to say the least.  Sam was an experienced driver with a stellar safety record and millions of miles under his belt.  He knew many of the other big rig drivers on this route and talked to them on the radio. He proudly told them that I was in the cab taking photos of him.  Several times, Sam let me off the truck and drove up the highway. He turned around and I got shots of his truck coming back.  Fellow rig-drivers who saw me on the side of the road would excitedly radio him, wondering what was going on. I had made him a celebrity!   When we stopped at truck stops, he became a center of attention because I was moving all around photographing him.

Sam generously let me sleep in the bed behind the driver's seat and he slept on the front seat. The bed was just as comfortable as my bed at home. I slept soundly until the next morning when I was awakened by loud noises and vibrations made by a forklift that was removing the freight from the truck. After the truck was emptied, we drove to a motel to take a shower and then to a restaurant for breakfast before starting the trip home. Sam had a week-long trip coming up. I eagerly volunteered to accompany him, but he didn't take me up on my offer! 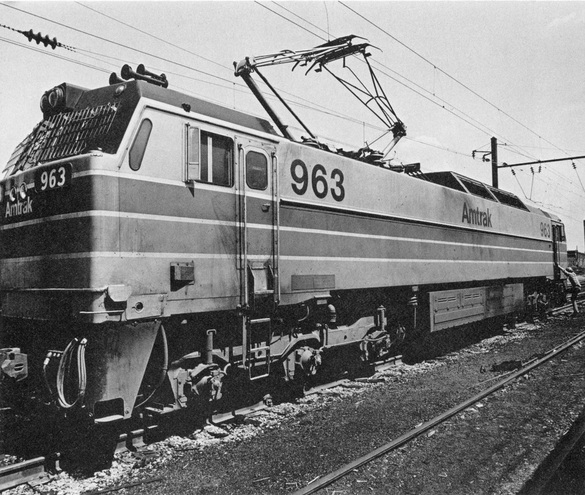 Amtrak Electric Engine
Like many boys I had an electric train set when I was young.  I also assembled HO gauge locomotives and freight cars. I was particularly eager to climb into the Amtrak locomotive in Union Station in Washington DC. that we had decided to include in In the Driver's Seat.

Amtrak was very helpful in arranging a shoot.  They provided access to an engineer and a locomotive. While Nancy was in the cab of the locomotive learning how to drive the engine, I was outside taking photos of the exterior.  Then I went into the engine to take photos of the control panel.  Later, when I printed the photos, I showed them to Nancy. "That's not right," she explained, "There are no brake handles in the brake slots in the engine".  The brake handles not only stop the engine (which is very, very important) but the engine will not start without the brake handle inserted in the proper slot in the locomotive. For safety, each engineer has his own brake handles (like a pair of keys) and never leaves the engine without taking his handles with him.

I had been on trains leaving and entering this station, Union Station in Washington DC, many times over many years and knew that the track layout was complicated. It was not until I got to go into the control tower and was able to see an bird's eye view of the tracks radiating from Union Station that I appreciated how really complicated it is.  By seeing the block operator at the control panel and track layout, I was able to understand why so many trains can safely get in and out of the station despite the complexity.